02.12.2014. Mingkaman area in Lakes state, South-Sudan. First day of December food distribution at WFP (World Food Program) facility. Each person receives 15kg of cereals, 1,5kg of split yellow, 1lt of oil and 0,15kg of salt. More than 100.000 people fleed to this area to escape the uprise of the civil war which erupted in December 2013. The majority of them escaped Jongley County capital city of Bor crossing the White Nile with rafts in less than a week. The ongoing civil war between SPLA-Juba, the army loyal to President Salva Kiir and SPLA-IO, the army of former deputy Riek Machar, is generating more than 1,9 million displaced people out of a population of 8 million; 1,4 million are internally displaced. UNHR (United Nations High Commission for Refugees) considers the South-Sudanese humanitarian crisis one of the worst on planet at present. 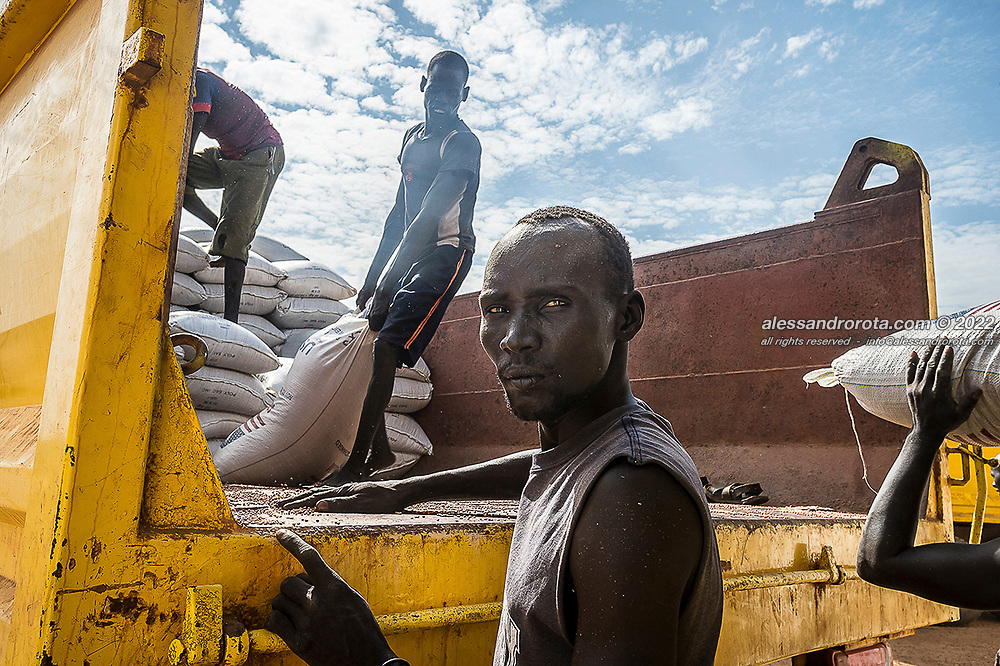